Whether you’re looking for a new screen to better your home theater experience or a dinky, ultra-thin TV that will be perfect for the guest bedroom, this Black Friday will see deals on some of the top rated electronics brands including Samsung, Hitachi, LG, Toshiba and more.

Featuring a brilliantly bright 1080p full HD screen, this Element model allows you to connect up to three HD devices at one time, via HDMI. With this, you can view movies exactly how the director intended, with a true 16:9 aspect ratio and 50” LCD screen (measured diagonally from corner to corner) that boasts a clear picture from anywhere in the room. With over $100 off its original price, you can pick up this TV at Walmart this Black Friday.

Over the past few years, Hisense has managed to push down its prices at much greater speed than any other TV manufacturer. However, this doesn’t mean that the products that they provide come with any trade-off meaning that you won’t be disappointed with this 50” model. The screen sits atop chrome feet, and there is an array of outputs including four HDMI ports, three USB ports and inputs such as built-in Wi-Fi and Ethernet. This is certainly an option for those on a tight budget looking for a device that, although won’t wow, will allow for a quality viewing experience.

Albeit it being a 2016 model, Samsung’s 60” offering is still one that’s worth an investment, particularly when you see impressively discounted price tag. With most movie theaters now using a 4K projector, you’ll be able to get the same experience in your home, with the ultra clear pro panel eliminating any reflections and boosting the contrast ratio. For a Smart TV, this Samsung has it all. It’s internet ready with hundreds of Samsung apps, a full web browser which gives you access to Netflix, Amazon, Facebook and more and SmartView 2.0 allows you to share content to the TV from your smartphone or tablet.

Part of the VIZIO SmartCast collection, this E-Series 70” TV has a Black Friday price tag that shouldn’t be snubbed at. Incorporating the Chromecast system, it offers more apps than ever before and updates that far surpass a lot of modern Smart TVs such as voice control for Google Home. The impressively large screen provides you with a winning combination of local dimming and VA LCD panels meaning better image quality regardless of where you’re sitting. The TV’s front is almost bezel-less, meaning you’ll benefit from a full picture and the E series uses the spindly legs that are found on most TVs today, making it aesthetically pleasing too.

LG’s least expensive Ultra HD OLED TV in 2016 now has an even smaller price but don’t let that fool you. The price has limited effect on image quality, with every single pixel producing its own light to create an immaculate contrast that a lot of LCD TVs are still unable to match. With a flat screen, slim rear and a metallic sheen on the outer edge, this model will look great with any home interior, and other highlights include Sky’s Now TV platform and access to catch-up TV services, Netflix and Amazon. Without the inclusion of 3D, many AV fans may wish to look elsewhere for their new device, but at present, it’s still one of the slickest and efficient on the market today.

By far the cheapest TV on our Black Friday deals list, this 32” option from Element might not allow you to reach the dizzying 3D heights of some other brands, but it does give you all of the features of a basic TV. Menus are user-friendly, allowing you to change things such as audio, picture and time and an HDMI port behind the screen allows you to connect your devices for additional viewing. If you don’t have much money to spare this Black Friday, this one is definitely worth a look, and although it isn’t the flashiest TV around, it doesn’t fail to deliver more than its price tag would initially suggest.

The second, and slightly smaller, Samsung on our list has such an incredible discount that it’ll definitely turn heads this Black Friday. Not only does it have a resolution that’s four times that of full HD, but its 50” screen gives you a home theater experience that makes this TV one of the top contenders in this year’s sales. Much like the 60” version we’ve detailed above, this one also boasts Samsung apps, web browser and SmartView 2.0 for an all-inclusive TV experience.

Those who want a high-quality image display alongside easy functionality need look no further than this Toshiba 50” LED TV. With an impressive original price, it’s not the TV with the highest discount this Black Friday, but it’s still a worthy contender considering its additional features such as a USB media player, LAN and IR control and a 3-year commercial warranty. All of this comes with a thin-bezel design that makes it neatly fit anywhere.

While you might have seen plenty of HD TVs on the market, you’ll be hard pushed to find one that delivers a viewing experience with a price as low as this offering from Magnavox. It has a 1080p HD picture, LED backlight, DTS TruSurround sound and multiple AV inputs that enable connection to your other devices as well as easy wireless access to the likes of Netflix and YouTube. It’s thin; neat black bezels make it a TV that’s pleasing to the eye and able to blend neatly with even the busiest of interior decors.

Not only is this RCA TV the only one on our list with a built-in DVD player, but it is also one of the smallest and most compact. RCA is a brand that has been around since the 1920’s, making them one of the most reputable manufacturers out there even to this day. It’s got everything that you need for a basic TV setup, including three HDMI ports, an ambient light sensor, crisp sound quality and parental control. It’s the perfect choice for those on a budget, or those looking for a TV that they can put in a kids’ bedroom.
As Black Friday approaches, why not check out the rest of our lists to see which deals you might want to pick up this year. Stores such as Walmart, Costco, Target and Sears will all be partaking this year, all with great deals on electronics, TVs, laptops, toys and more. 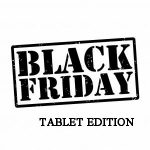 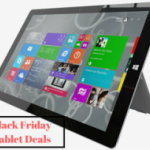